Fight for the Future〜7 Years after the Earthquake 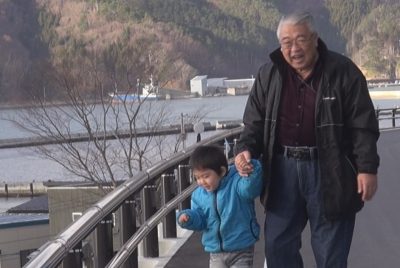 We can't compete with nature, but we have ideas. On March 11, 2011, the Great East Japan Earthquake with a magnitude of 9.0 and up to 22-meter-high tsunami struck Otsuchi-cho. Hiromi Kawaguchi, leader of the Akahama District in Otsuchi, opposed the central government's plan to build a 14.5-meter high embankment, After that decision, difficulty attacks Akahama in sequence. An increasing number of families have given up rebuilding their homes and moved to inland since construction costs have doubled caused by Tokyo Olympic preparation. However, seven years after the Earthquake, they restore the village with an ocean view. Comparing with the measure of the government, through eyes of Hiromi Kawaguchi, pride to live with the sea for the next generation is described in this documentary.